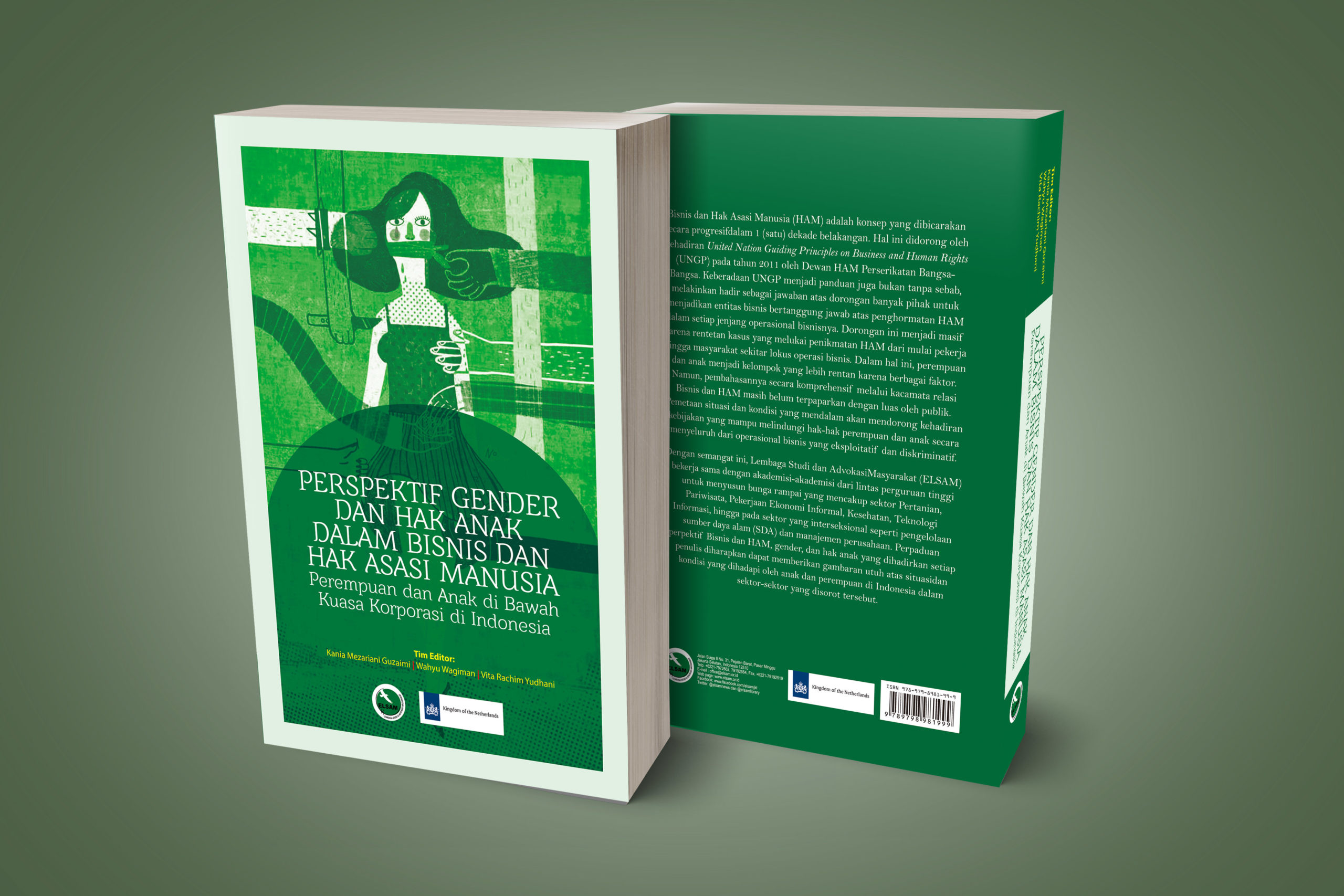 Recently, Director Dr Stroma Cole was commissioned to co-author a chapter on Tourism by The Institute for Policy Research and Advocacy, a human rights organisation, in Indonesia. This is a shortened English version of the paper written by Yesaya Sandang, Anni Andaryati and Stroma Cole.

The global tourism industry has social, economic, cultural, ecological, psychological and political impacts and is not free from human rights problems, especially concerning its impact on local communities and workers. In many destinations, an essential conflict exists between the rights of tourists to free time and to travel freely, and the rights of local communities to decent work and wages, water, land, and a healthy environment.

When there are human rights abuses, the impact is greater for vulnerable groups such as women and children. Women make up 54 percent of the total tourism workforce overall but in some sectors, an even greater percentage e.g. in the hospitality women make up 70% of the workforce. However, the ability of women to take greater advantage of the opportunities presented by tourism is limited by lack of training, promotion, and cultural norms which require women to balance duties as a carer, householder and worker. In addition, women have been reported to be disadvantaged by receiving lower pay, poor work environment, inequality of opportunity and treatment, exploitation and violence and abuse. Meanwhile, change is slow because currently less than 20% of key decision-making positions in the sector are occupied by women, and this figure is only increasing very slowly.

Echoing the conclusion of Equality in Tourism (EIT) report 2018 on the opportunities and challenges for women inherent in the tourism sector, Cole’s (2019) confirm that obstacles to employment are present throughout the industry, but with marked variation between destinations, and conclude that strengthening women’s’ capacity and encouraging collaboration and cooperation between women are key to progress. In sum, there is an indication that the struggle for gender equality in tourism is attached with the struggle for human rights, and that the two should be addressed in tandem.

The three fundamental characteristics of human rights i.e. equal, inalienable and universal, overlap significantly with the principles of gender equality. Many UN conventions state that gender equality is an inseparable part of human rights because the economic, social and cultural rights of women are often denied through the social construction of gender stereotypes, prejudices and roles. Specific UN commitments to address gender inequality are found in the 1979 Convention on the Elimination of all Forms of Discrimination against Women (CEDAW) and, more recently, in Sustainable Development Goal 5, ‘Achieve gender equality ad empower all women and girls’.

Moreover, in the realm of business and human right, there is on-going progress to elevate gender equality. Since the Human Rights Council endorsed The United Nations Guiding Principles on Business and Human Rights (UNGPs) to prevent, mitigate and remediate business-related adverse human rights impacts, there is at least two major development on gender equality agenda. In 2017, the UNGP Working Group launched a “gender lens to the UNGPs” which aims to raise sensitivity among all stakeholders about the need to adopt a gender perspective in implementing the UNGPs and to develop practical guidance for both States and business enterprises. And in June 2019, they provided guidance to States and businesses on integrating a gender perspective in implementing the UNGPs.

In response to the increasing popularity of the concept of sustainable tourism development, where aspects of human rights and justice are inseparable, various global tourism business networks have begun to adopt human rights principles in their business practices. Tourism organizations and businesses that have started adopting and promoting UNGPs include the Roundtable on Human Rights in Tourism (RHRT), International Tourism Partnership (ITP), Twentyfifty and Kuoni. Starwood, Hilton and Radisson groups now include limited commitments to human rights in their policy statements (on the protection of the rights of children and workers, and the prevention of human trafficking). However, since all of these instruments and initiatives are voluntary, there is a risk that companies sign up to standards for branding purposes, but do not implement them thoroughly. Moreover, this risk is increased because major tourism audit and certification schemes, such as Travelife, have not yet incorporated gender equality and human rights into their guidelines and indicators.

Given the inseparability of human rights and gender equality, the struggle for both is interwoven, including in tourism. Tourism has the potential to empowered women financially, giving them greater purchasing power and the ability to pay for children’s education. It has also provided opportunities for women to diversify businesses, and to have broader social involvement, resulting in an increase in self-confidence which has allowed them to take more control in other areas of their lives, for example balancing social positioning, improving power relations and strengthening capacity in other ways. Hence, strengthening the capacity of women as a whole (in economic, social, cultural, civil and political spheres) is needed to achieve gender equality in the frame of human rights. Various United Nation tools and government commitments can be used to develop gender-responsive human rights due diligence process. One key element is intensive consultation in various areas together with a range of women’s groups.

In the context of tourism businesses, gender-responsive business and human rights principles need to be translated into policies and instruments. The holistic approach taken by UNGPs and the gender-responsive due diligence process needs to be formulated in a format that is applicable to various categories of tourism business, including guidelines with clear stages and concrete actions are required. Governments should provide legal standards for the upholding of human rights protection in tourism business activities, with their implementation encouraged through a balance of sanctions and incentives. Ultimately, a systematic effort is needed to improve gender equality throughout the tourism sector. This systematic effort requires collaboration and synergy between the various groups involved (women, government, business, human rights, and tourism organizations) and should focus on encouraging greater women’s participation beyond economic involvement.

This is a short version of a paper commissioned by ELSAM (Lembaga Studi dan Advokasi Masyarakat/The Institute for Policy Research and Advocacy).

You can view the whole publication here