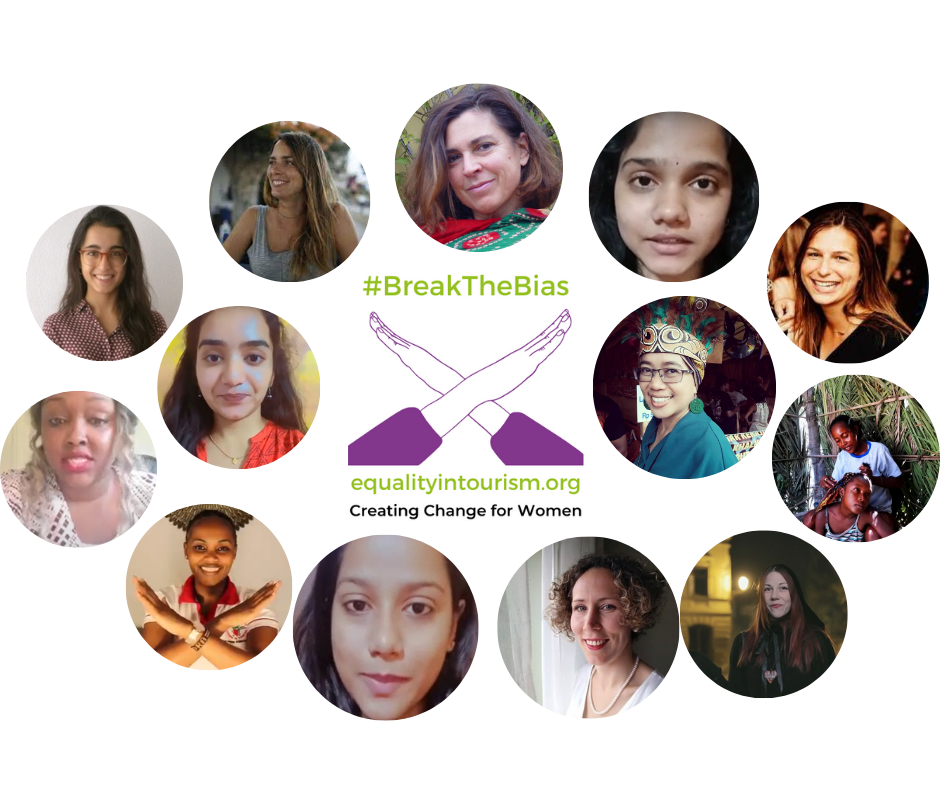 It’s the final day of our International Women’s Day 2022 #BreakTheBias journey around the world and we’ve come full circle. Sheila, a retired tourism professional in Zimbabwe tells of the discrimination she has experienced as an indegenous Zimbabwean in the industry, and the importance of more people like her participating. Next, we revisit two inspiring women who we spoke to for last year’s campaign #ChooseToChallenge. Iva and Iliada, in Croatia and Greece, observe the cultural challenges in breaking gender bias in tourism and tell us of their personal pledges. Finally, Malika Ji in the UK finishes our journey with a strong message: support and security structures are vital for women to take on positions of power, so that women owners and managers in tourism are a routine normality and not an exception!

My name is Sheila Moyo from Zimbabwe. I retired from the tourism industry in 2019 and have been involved in the tourism industry for about 20 years. I am a black Zimbabwean woman whose working experience was in both international and indigenous managed hotels and lodges. My years in the industry exposed me to some biases in the industry such as gender inequality, salary prejudice, age discrimination and as well as racism.

I personally did not experience gender prejudices but racial, salary and age discrimination affected me at some point in my career. It’s with this background that I think that the one thing that needs to change in the Zimbabwean tourism industry is the increased participation of indigenous black Zimbabweans in this industry.

In my opinion the lack of participation of ordinary Zimbabweans in the tourism sector has contributed to the following effects:

The tourism industry in Zimbabwe portrays a western genre as opposed to a Zimbabwean perspective. Having had the opportunity go to a hotel school in Kenya, it was the first time I was exposed to hotels/lodges/camps. Prior to this I had never been in a hotel or gone camping. As a result, my initial hotel or camp experience was that gained and experienced at hotel school. Since
I was treading in unfamiliar territory, I did not think that anything African could be incorporated in the tourism industry and be accepted by international tourists.

Over the years I have realized that very little if any effort is being made to promote local tourism in Zimbabwe. The focus is always international tourists. I have been thinking seriously of late that until ordinary Zimbabweans can at some point in their lives have a tourism experience the genre will continue to be very western.

I have noticed that there are popular tourist destinations in Zimbabwe namely; Vic Falls, Kariba and National parks. These areas a becoming congested with hotels and lodges compared to the rest of Zimbabwe. If one thinks of starting a business in the tourism sector these are the regions that sort after. This leaves the rest of Zimbabwe barely exploited. I have travelled in many regions of Zimbabwe and not be able to find a good place to stay. As a result, if you think of exploring Zimbabwe, you ask yourself whether you will find a clean place if any to sleep. Otherwise, you turn to relatives for boarding. If you have no relatives in the area you sleep in your car. Each region of Zimbabwe has its traditions and foods that remain unexplored even by Zimbabweans themselves.

I have for many years dreamt of starting my own hotel or camp but the lack of finance has been a great draw back. In 1995, I identified an area that lacked hotel facilities. I made my proposal and sent it to a financial organization seeking financial support. My support was turned down and the project was deemed not viable, but my project was sold to a leading hotel group in Zimbabwe without my consent. To my surprise immediately following my decline there was a press statement from the hotel group about their intentions to build a hotel in this region. It became obvious to me that my project had been highjacked. Nobody before had thought of the area’s tourism potential until I made the business proposal. The fact that I was a young lady at that time, could have been the reason why I was taken advantage of by that finance house.

It is not only financial organizations that take advantage of ordinary people but there is a lot of discrepancy when it comes to hotel workers’ salary structures in Zimbabwe. Since the majority of hotel are owned by whites and black managers employed are paid much lower than their white counterparts. Having worked for an international organization in the 80’s and 90’s, expatriates were paid so much more than black managers.

Whenever a black indigenous manager replaced an expatriate, their salary was so little compared to that of the expatriate. However, when a white Zimbabwean manager replaced an expatriate, his salary matched that of the expatriate he had replaced. This same white manager literally said to me in my face that black people do not need a lot of money as they live a simple life. He further said that white people’s needs were very expensive compared to black people’s needs. I was so amazed that this practice continues in a subtle way to this day.

In my opinion the one thing that needs to change in the tourism industry is bringing in new players from among ordinary people. I believe that these new indigenous black players can contribute towards creating a platform exploring other regions in Zimbabwe and thus creating new job opportunities and a wider choice of employment. Their new ideas will cultivate diversity in hotel/lodges/camps that will identify different market niches. On the other hand, the majority of Zimbabwean population according to the last census is under the age of 50 years.

I meet some young people over the years who had dreams like me and did not know how to make their dreams a reality. If the Zimbabwean tourism genre is to be truly Zimbabwean, this one thing must change and that is, allowing ordinary people to have a chance to realize their ideas and dreamsin the tourism sector. The playing field should not be left to the rich and privileged few. But let us open up tourism opportunities for all willing participants. Eventually, a wider narrative will eventually shape the Zimbabwean tourism sector that will truly be Zimbabwean.

What internalised biases are you most aware of as a woman in tourism/hospitality?

Iva: I’ve been paying much more attention to women in tourism and hospitality since your last March campaign. I noticed that sometimes women (including myself) don’t present themselves as experts, and they especially don’t impose themselves as experts, even if they are among the rare, among the innovators, or most experienced, in certain tourism-related fields. That’s something that I have become increasingly aware of this past year, and I’ve been observing women who are somewhat beacons, and they don’t seem to be comfortable acknowledging it.

Iliada: I feel that my male colleague is often taken more seriously, even though we are on the same hierarchical level. I believe though it is a combination of reality and patriarchal beliefs that are rooted in Greek society that have left a mark on me.

What is one gender bias that you have seen in the tourism industry that you would want to see change?

Iva: I’d like to see more than one bias changing. One of them is related to
the previous response, and it can apply to any area, not just tourism:
I’d love to see women’s expertise and experience acknowledged at the
same rate as men’s.

For example, I made a small personal pledge a few years ago that I wasn’t going to sign up for any event where the majority of speakers were men. This especially goes for tourism, because in my country, there are more game-changing women than men in this field, yet there were some conferences without a single woman speaker! I’ve been paying attention to this and I have to say that things are changing on a global scale. I am glad to notice that such events are becoming unacceptable, and it is a simple, yet successful way to fight the bias.

Another thing I’d love to see change is the overall attitude towards women above a certain age. These are not old women, that’s why I’m deliberately not using this word. This is especially visible in tourism, where we are trying to please the tourists in so many ways, including through instantly likable staff. Unfortunately, women above a certain age are not generally perceived as desirable. They can get away with it for a longer time than in other branches, as long as they look and feel young. But there will come a point when a lot of people, from tourists to employers, and even women in those shoes, will assume that a woman is too old to be an entertainer, waitress, receptionist, concierge, 5-star tour guide, performer, you know, the welcoming face.

That combined with the previous bias, of their expertise and experience being underperceived, will make them even harder to employ.

Iliada: I still feel that the face of tourism in Greece are the women, the warm smile, the front office, the housekeeping while the higher positions such as CEOs and GMs are man dominated.

Malika Ji in the UK, believes that the only way to break inherent gender biases is to give women more opportunities in decision-making roles. She calls for support and security structures neccessary for women to attain and succeed in these roles. These changes will help change the current dynamic, so that women managers and owners are no longer the exception!

We extend a heartfelt thanks to the women who participated in this campaign to explore how we can #BreakTheBias in tourism around the world. Your reflections and stories have emphasized wishes that are common to women in tourism around the world: more women in decision-making roles; equal pay; celebration of women’s contributions and networks to connect women in tourism. They have also exposed layered biases and vulnerabilities due to race, class and age amongst other aspects.

Our message for #BreakTheBias: Gender bias is present everywhere and every woman has a story.

We’re excited to announce that Equality in Tourism Director, Dr… 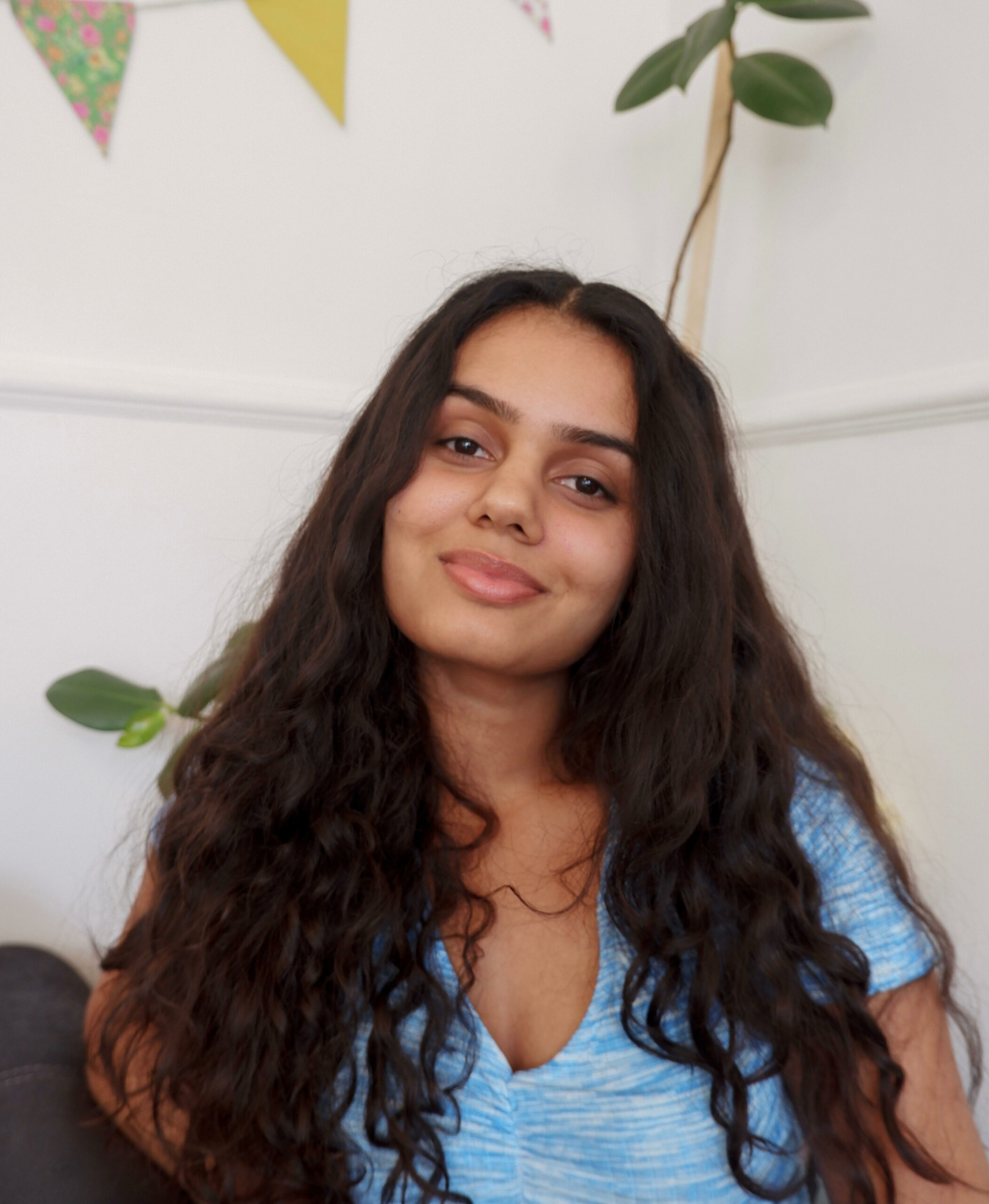 We are delighted to welcome Agrita Dandriyal to Equality in…