Written by Dr Angela B. Kalisch

Discussions on sustainability in tourism, have tended to ignore the interdependency between tourism and the capitalist economic system determining global society. Such discussions also tend to largely ignore the importance of gender relations and power dynamics within that system. This system is historically fuelled by the wealth of colonial exploitation, and has traditionally been dominated by masculine, patriarchal values. The current neo-liberal form of capitalism is narrowly focused on the laissez-faire dominance of deregulated markets, privatised profit and economic growth, measured by Gross Domestic Product (GDP) and consumer indexes.

While gender equality has gradually surfaced within the debates on tourism recovery following COVID-19, genuine commitment for implementation at ground level tends to be lacking. Initiatives that do exist generally fail to address the contradictions arising from an obsession with so-called economic efficiency and market priorities, where women are considered necessary for the capitalist project, without considering the historic barriers, caused by individual and institutional sexism, racism, and other ingrained prejudices. Thus, women are usually inserted into a predominantly masculine organisational culture, or presumed as the primary care givers, with no support for care. This often results in women either abandoning their career ambitions, or struggling to live out their work and assumed domestic responsibilities at the expense of their physical and mental health, and often that of their families.

Kalisch and Cole, 2022, argue that a new approach is required to advance towards sustainability and greater justice in tourism, by critiquing and transforming the capitalist economic narrative from an alternative feminist standpoint. Their article, published in August, in the Journal of Sustainable Tourism as part of a Special Issue on ‘Tourism, Global Crises and Justice’ adopts Feminist Alternative Economics (FAE) as a starting point. FAE addresses relational spheres conventionally considered outside the labour process, such as patriarchy, power dynamics, ethics of care, social reproduction, and community as integral constituents of economic analysis.

FEoC transcends the conventional approach to care as a feminine concern, embracing it as a responsibility for humanity as a whole, imperative for society’s survival. It is a democratic, anti-patriarchal ethic of resistance, infusing emotion and love into ideas of justice. FEoC invokes consciousness of the inherent interconnection among all sentient beings and their innate relationship with planet earth.

Humanism, ethics, democracy, diversity, solidarity, equality and justice are the predominant values of SSE as a non-patriarchal alternative to neo-liberalism. SSE incorporates the market-based, microeconomic components of the economy, such as social enterprises, B-corps (certified social benefit corporations), and mobilised solidarity and resistance movements (trade unions or civil society). SSE offers the potential for the practical manifestation of gender equality and intersectional diversity within a transformative, emancipatory process towards an alternative economic system.

An economy based on human rights (HRBE) would prioritise dignity at work, justice and equality, ensuring proper working conditions, a living wage, and a decent work/life balance, including appropriate care provisions for all employees, and protection of informal sector workers. This is particularly important in the tourism and hospitality industry where outsourcing of services, such as housekeeping and cleaning, is common practice, causing exploitative and precarious working conditions.  These are services where women tend to dominate. HRBE would also hold governments and tourism corporations to account for complying with binding internationally agreed human rights obligations.

While all three approaches have radical, transformative potential, Kalisch and Cole contend that all three require further critique and analysis from a decolonised, intersectional, feminist perspective, which understands the complexity of women’s oppression and represents the diversity of women’s lived experiences in both the Global South and North.

The global crises we are now faced with, which have caused havoc for the tourism industry, the health and climate emergencies, for example, are also in complex ways intertwined with a narrow fixation on capitalist values of land appropriation, corporate greed, and growth at all costs. Here, Kalisch and Cole argue that the integrated FATE system could potentially create crisis resilience and prevent future crises. Women’s historic oppression has strengthened their resistance and resilience, with the ability to focus on care and social cohesion rather than personal gain, including cautious risk-taking and investment. A focus on feminist values of care and growth of human and planetary well-being could therefore provide a chance for tackling current and preventing future global crises.

Kalisch and Cole concede that the challenges of implementing FATE are considerable. However, they assert that society is on the threshold of fundamental transformation, in which tourism could emerge as a powerful force in providing leadership for an alternative justice-based economic system, potentially assuring a sustainable future.

This article is freely available as an Open Access publication. 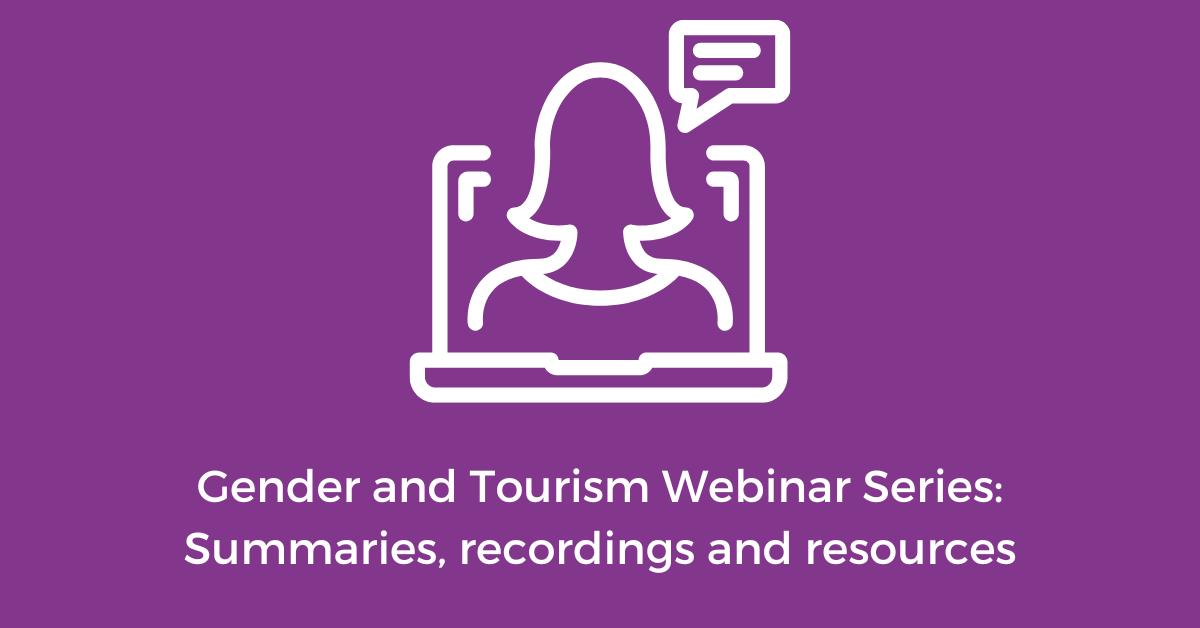